…and Why Is It Arguably the Most Important Holiday of the Year for Us (Upcoming Czech Holidays During the Autumn Season and How the Locals Celebrate Them, part 2)

If you have read our article about 28 October, you might remember the mention of Jan Opletal and what his tragic death sparked – so let us have a closer look at what happened next and how it affected our history.

As already covered in the first part of the series, medicine student Jan Opletal was wounded during the anti-Nazi-occupation protests on 28 October 1939. After fighting for his life for two weeks, he passed away, a public homage ceremony then having taken place on 15 November. The gathering was followed immediately by yet another set of anti-occupation demonstrations, peaking on 17 November 1939. The reaction of the authorities was of tragic outcome - many casualties, seven people sentenced to death, and over a thousand sent to concentration camps. Czech universities were closed down – a limitation of an essential right, and weren’t reopened until after the war. In 1941, 17 November was declared the International Students’ Day in London in memory of the students’ fight for democracy, peace and the right to education. 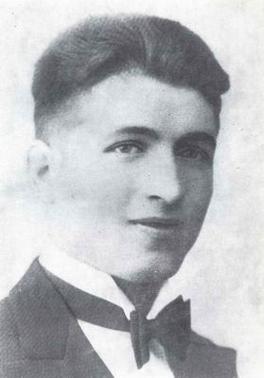 So now we know that the story had started in 1939, but there is more to it that followed decades later. In 1989, a gathering in the Albertov university quarter was organized by students to commemorate both Jan Opletal and the closing of the universities. In the evening of 17 November 1989, this particular march turned into a peaceful protest against the oppressive totalitarian regime of communism that had already been cruelly constricting our country for forty years at that time. Thousands of people of all ages, not only students at this point, were protesting at Wenceslas Square and the adjacent Národní třída boulevard. What is essential is that the protests were peaceful and rational. Making the ‘V’ peace and liberty symbol with one’s raised hand and the motto ‘Our hands are empty!’ (meaning We have no arms and no intention of violence.) are emblematic of the demonstration of 17 November 1989.

People raising their hands in a gesture meaning ‘Peace’ and ‘Liberty’: https://vysehradskej.cz/sametova-revoluce/

However, later on the peaceful demonstration was, suddenly, suppressed violently by the authorities. It became clear the next day that hundreds were wounded in the party police beatings. If you are still wondering about the revolution’s name, this is what it comes from – the fact that there were only wounded, but no dead, thus the term ‘Velvet’. Nonetheless, this was the last straw and on 18 November, widespread strikes started, the instigating force being students and academicians as well as artists (most notably actors). Two days after the demonstration, the Občanské fórum political movement was established, lead by none other than the soon-to-be-president Václav Havel. From there on, the matters progressed rapidly – more gatherings, artists and public figures’ speeches, political negotiations – and it was soon clear that the decades desired freedom was a touch away. The USSR understood at this point that it was impossible to hold on to Czechoslovakia any longer; and on 29 December, Václav Havel was unanimously elected president of the independent republic of Czechoslovakia.

Václav Havel and other members of Občanské forum standing on a balcony above Wenceslas’ Square: https://www.reflex.cz/rok-1989-sametova-revoluce

Three years later, on 1 January 1993, the newly independent Czechoslovakia separated into the Czech Republic and Slovakia – yet another two free countries. The importance of 17 November 1989 as the beginning of the process of self-liberation of our country has been apparent ever since, as every year unites people in the celebration of freedom. Every year, there is a variety of events happening all over the country. For Prague locals, it is customary to go light up a candle at Národní třída in the evening, and take a walk around the Wenceslas square. This year will be no exception with plenty of exhibitions, concerts, speeches and memorial acts in the city centre to remind ourselves that, as Václav Havel said (paraphrased) – ‘Truth and love must win over lie and hatred.’