Exchange in the Times of Corona: Interview 1, part 2

Welcome to the second part of my 2x2 interview series. I am interviewing two friends I’ve met on exchange in 2020 and we’re all about the ins and outs, the juicy bits of studying abroad during covid times. This is the continuation of my interview with my friend Kwinten from Belgium, the first half of which you can find here.

Has the whole experience changed the way you look at Belgium now?

Not at Belgium per se, rather at myself and the people around me. I don’t think you can compare countries, but I think that through the first two weeks of self-isolation I grew a lot. It was a harsh time for me for various reasons, also because I had to actually start taking care of myself, but I definitely changed. When I came back to Belgium I realised that I’d outgrown certain things. I had different points of view than before I’d left.

It’s just something in the way you go about things, right? It’s hard to pinpoint the change, but it also permeates everything in your life.
Exactly, and I know that I didn’t spend a long time in Scotland, but it was enough for me to change! I still care about people around me, but I also realise that I have to do things the way that I want to. And that those two approaches can coexist in our lives. We can respect others while living our life the way we want to. I don’t let myself be discouraged by other people’s opinions anymore. When you’re on Erasmus, you make your decisions.

And that is absolutely splendid, because then you really only do what you want to do. And the way you go about things – I feel like it is the most intrinsic way of doing whatever it be, because it comes out of you only.

And that was how I realised that I had been holding back before I left. I don’t put myself above other people, but I also don’t put other people’s needs above my own. And sometimes, that was difficult to understand for people back home. Now, if nobody else wants that last piece of cake, well – I’ll have it!

We have dabbled into this already, but – the fact that you were only in your Erasmus destination for five weeks before deciding to go back to your home country does not seem to make it any less of a transformative experience, am I right?

Exactly. I regret leaving – as soon as I booked the ticket, I started to regret it – but at the same time I had many reasons not to stay. I’m glad that I got the chance to go and that I did go. Leaving was hard and I regret it, but I would make the same choice again.
Would you have gone again and left early again?
Yes.
That might sound peculiar, but I actually love that you have managed to embrace your experience as it was and realise that it had benefited you.

Now, we know that many things were more difficult because of the covid situation, but do you think some things were better? Perhaps in the sense that going on exchange during these times gave us something different?
We were restricted in some ways, but I think that made us choose our experiences more carefully. And the fact that the two of us formed an extended household meant that we hung out more than we might have otherwise. Of course that we would spend time together even under normal circumstances, but it wouldn’t be such an intensive vibe.

A case of quality over quantity perhaps?
Totally, the quality of the relationships is so much deeper and I think it might not have been that way without covid.

You mean getting on a crazy deep level of friendship within days? Mental in the best way possible. The strange situations cause people to open up so much more. I feel like we were incredibly invested in a handful of relationships and we put everything into them, which turned out wonderfully.
You really lift each other up in this kind of situation. I know you hate mornings, and look – on my first day out we went on a sunrise hike together! 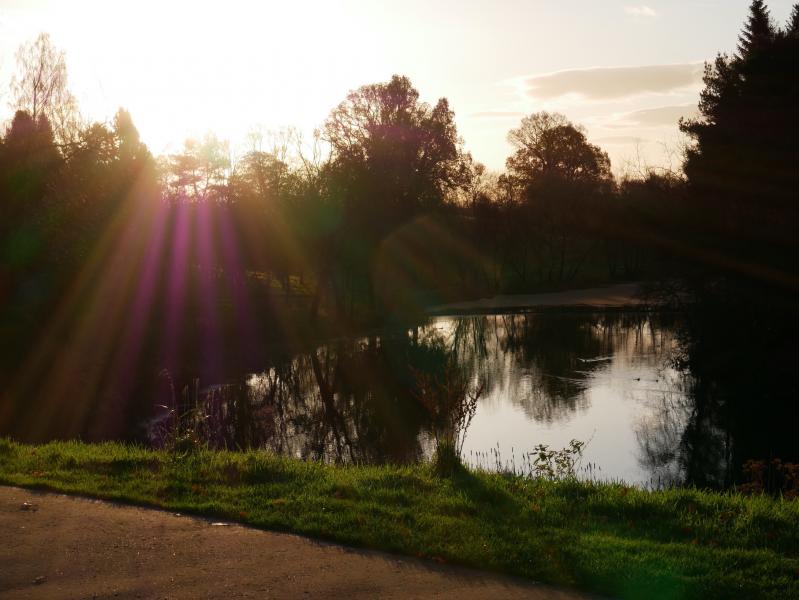 It goes without saying that when the pandemic is over, we will hopefully appreciate human contact and being outside more, but a sunrise hike after two weeks of self-isolation really does hit different. (Source for all photos in original resolution: https://www.instagram.com/l.kalvoda/)

do it! I had wanted it for so long, I know that you have, too, and I bet that the person reading is in the same situation. If you’re still thinking about it and deciding… Just [effing] do it. It’s ok to be scared, but don’t let that anxiety ruin a beautiful opportunity and experience.

And you just said ‘anxiety’, not ‘fear’, so perhaps it’s also important to realise that often we aren’t scared, we’re just nervous. And that’s not necessarily bad. It can just mean anticipation.

You hear all these stories and you make up an image of what the experience is going to be like in your head. And that’s what makes you anxious. It took me until landing in Scotland to be happy about having gone.

Would you suggest that we shatter that mosaic of expectations we so often make up in our minds before going?
Yes. Whatever you’re thinking, feeling – it’s gonna be different. For me nothing came close to the image – I’d actually downplayed the experience in my mind before and then I was overwhelmed in the best way. You’ll thank yourself if you shatter that image; you will be able to take in and experience more.

That can be really scary – shattering these walls of what you’d preconceived – because then you are alone with all the input. You have to soak it all up and not hide behind any walls. And that’s the best moment actually…but it can be scary.
I would understand how reading this can be scary, because we had all been building these ideas for a really long time, but you just have to break them down, so that you can live it yourself. Live it more and better!

During the next two weeks, I will be interviewing my friend and former flatmate Mathilde from Denmark. Together we will invite you on a candid journey of doubts, fails, surprises, but also perseverance well worth it, hilarious moments, and finding the most magic the closest to home.

On behalf of ESN CU Prague